Maninkari, a duo hailing from France, should be a well-known one for ambient lovers. They have already released six albums on renowned labels such as Conspiracy, Neuropa or Basses Frequencies. Their influences range from classical music through jazz and free improv ending with ambient and drone. Therefore, it is not easy to classify them as a modern...
Price €12.00
In stock
View Detail

Three years after the release of "Continuum Sonore Part 7&gt;14" back in 2014, the remarkable French duo Maninkari returns to Zoharum catalogue with their new offering. Just like the title says, the new album is a continuation of the recordings entitled "L'Océan Rêve Dans Sa Loisiveté". Once again, the duo proves that they are unmatched in creating...
Price €12.00
In stock
View Detail

Death In June collaborator Miro Snejdr aka Herr Lounge Corps teamed up with Death Metal weirdos Cadaverous Condition to create an epic, haunting piece of dark mood music cast into rather accessible songs. A soundtrack to dreams and even more so, nightmares.
Price €13.00
In stock
View Detail

"Dances of the Dreams" ("Tańce Snu") is a sonic journey through unexpected and undiscovered worlds of human imagination. This sonic journey is accompanied by the aura of oddity or mystery straight from the fairytale land. From a rich array of sounds, colours and surprising ideas, the artists extract haunting, subtle melodies. Here early music entwines...
Price €12.00
In stock
View Detail

"Meander" is the second album of Tańce Snu, an intriguing troupe created several years ago by India Czajkowska and Sebastian Madejski, and now extended with a guitarist Christoph Matyaschek - passionate about jazz-blues sounds and a percussionist Adam Rozenman. On this new album the artists invite us on a musical journey inspired by the sounds of the...
Price €12.00
In stock
View Detail 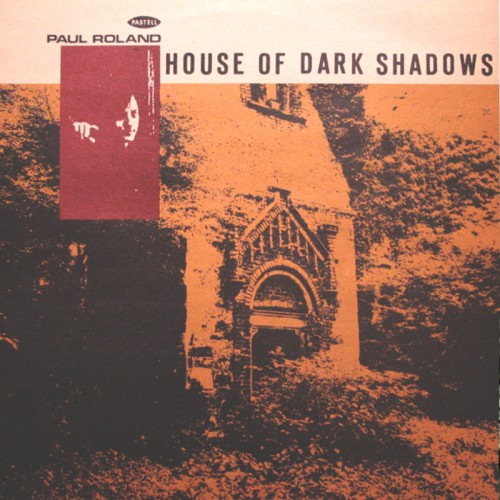 Erstwhile Bulgarian metalhead Dimo Dimov's recent conversion to the post-industrial temple has been embraced with the zealous enthusiasm of the born agains. Apart from supporting roles in neofolk ministries Allerseelen and Sturmpercht, he has several solo projects simultaneously on the go, transforming folk-black entity Svarrogh into a neofolk undertaking...
Price €10.00
In stock
View Detail

This work represents the continuation on of the sonic journey started on the previous album (Luciferian), It is also the start of a completely new chapter, bringing together the ethnic sounds of deep Siberian tribes, nomads from far east, as well as ancient mysticism of Balkan peninsula, shrouded in the modern extrememusic tendencies (dark folk, black...
Price €12.00
In stock
View Detail

"Der Weg Der Toten" (“The Path of the Dead”) is a collaboration by the renowned musical mystics Majdanek Waltz, the Belorussian neoclassical project Vintersolverv (ex-Erde, ex-Svalbard) and the dark horse of the Russian underground scene – The Noktulians. The work is dedicated to the marinistic images appearing in the poems of the expressionist and...
Price €12.00
In stock
View Detail

HONEY &amp; ASH is the first album of MIEL NOIR as the joint-project of DIMO DIMOV (Svarrogh, Sturmpercht, Fahl) and MARCEL P. (Sagittarius, Allerseelen, Fahl). The album encompasses a variety of styles, ranging from Electronic to Gothic Rock, Apocalyptic Wave, Dark Ambient, Industrial and Neoclassic. The 2 multi-instrumentalists are supported by GERHARD...
Price €12.00
In stock
View Detail

La Pietra Lunare's debut is a concept album dedicated to the mysteries of Italy. It tells how, in the years between the two wars, in some small villages of the south it was believed that magic rites and amulets could have some form of will on daily life.
Price €12.00
In stock
View Detail
Back to top 