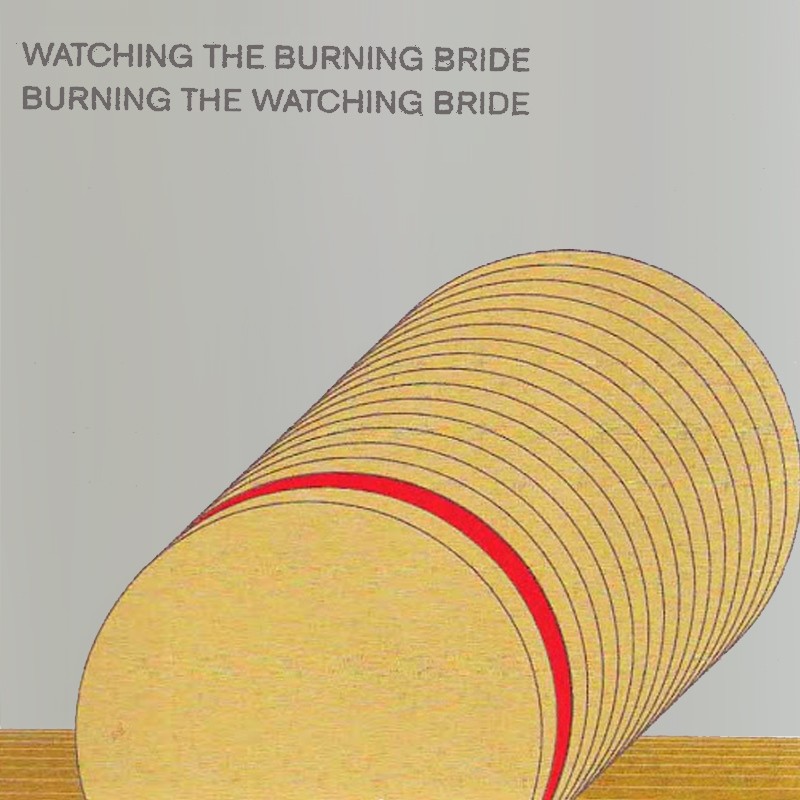 Originally released as two LPs: 1. Watching The Burning Bride on Hamster Records, HAM 16, 1986. 2. Burning The Watching Bride on Disaster Area, DA 001, 1998. Re-released as part of the Asmus Tietchens Rerelease Series.
On the original LPs all track titles were geometric symbols.
• Disc one: Recorded at Audiplex Studios, Hamburg, and Surgeon's Lab, London.
• Disc two: This recording is the fourth and final in a series of four. Part 1 was 'Watching The Burning Bride' by Asmus Tietchens and Terry Burrows (Hamster Records HAM 16); part 2 was 'Abfleischung' by Asmus Tietchens (HAM 25); part 3 was 'The Whispering Scale' by Terry Burrows (HAM 26). These were released in 1986/88 and are now deleted. Track 2-6: Sounds recorded at Audiplex Studios and recomposed at The Piano Factory, London. Tracks 2-1 to 2-5: Sounds recorded at Surgeon's Lab and recomposed at Audiplex Studios, Hamburg.