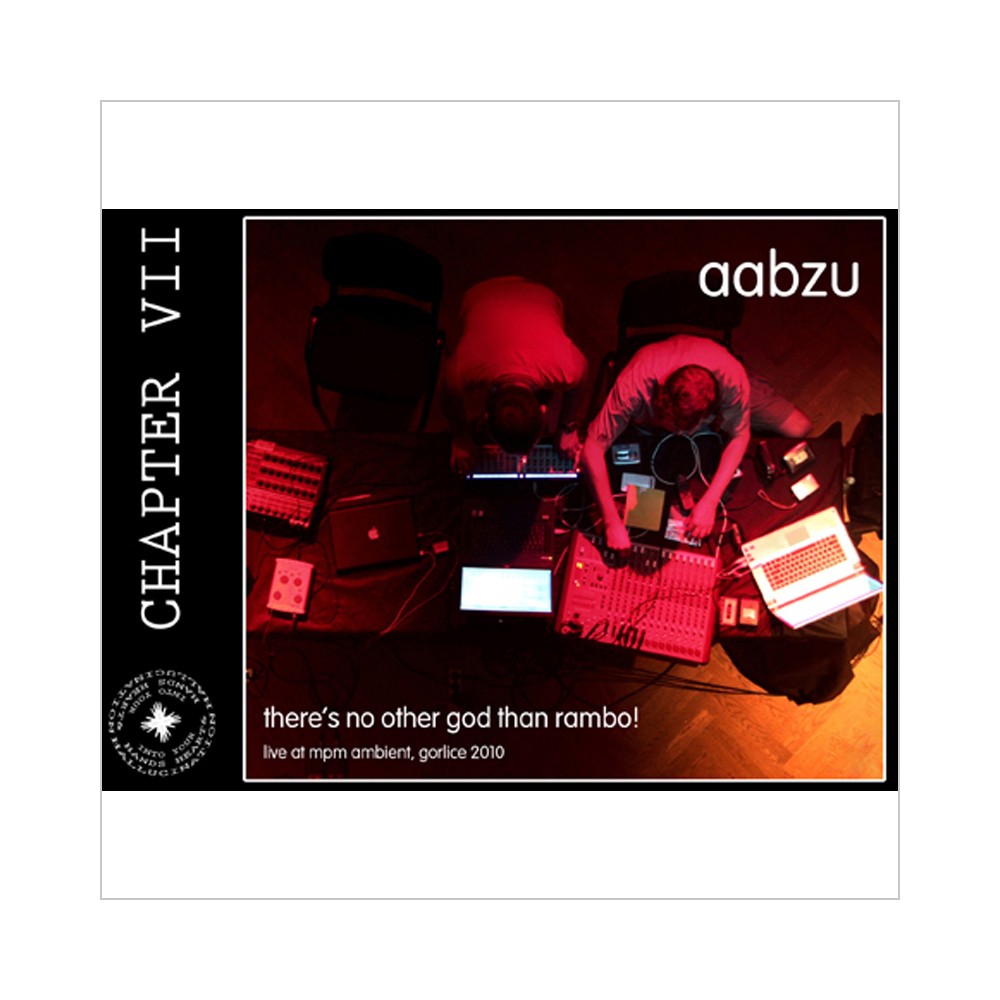 Maciek Szymczuk and Łukasz Szałankiewicz. Two restless spirits. Working together since 2002. The first result was released on "Nowe:le" (Rec Vivo, 2002) - a song "There's No Way", still credited to Zenial vs. Maciek Szymczuk. In 2005 AABZU's debut album "The Shape of Lost Things" (Simple Logic Rec - split from PHYRL) was released, presenting a world of delicate structures, based on all kinds of glitches and ambient, repetitive backgrounds. Next years the group spent on playing concerts in the country and abroad, participating in many festivals such as UNSOUND, ELECTRO-MECHANICS, WRO and MPM Ambient Gorlice. In the meantime, the duo was preparing the material for their second album. "Rambo" was published in 2010, thanks to AudioTong, picking up rave reviews and is not taking prisoners, just like the title character of this release. Music, richer and more diverse than on its predecessor, sparkles with many colours and remains, despite this heterogeneity, consistent. In one composition, Mian Mian, a Chinese writer (known for "Candies"), recites excerpts from her new book.

A written record including:

No matter where you find yourself on this album, so many things happens, making it absolutely impossible not to be absorbed into the spheres of Aabzu - Vital Weekly

Aabzu are not playing anyone else and they are not in a hurry, but this album, with its sound and ideas delights the listener at every turn. - Pop Up.

Conceived as a kind of concept-album in tribute to the fearless Sylvester, a favorite childhood hero of us all, "Rambo" is a gripping, imaginative film for the ears, and, for music geeks, it's a game called "what's the genre?" Aabzu accustomed us to defying simple classifications effectively, and the second album perfects these skills. There is room for skeletal rhythmic structures, dense network of beats and ambient spaces, and even the occasional nods in the direction of minimal, noise and ... quite accesible tunes - Music News.

This is not an album, but a film designed for listening. Highly absorbing journey through the electronic jungle prepared by Maciek Szymczuk and Zenial. The Second collaboration of leading Polish composers of electronic and electroacoustic music lasts 70 minutes, but it is packed with excellent ideas that you do not feel time passing, like watching a good movie - Gazeta Wyborcza.

After the release of "Rambo", the group played many concerts presenting new material. The recording of their 2010 MPM Ambient Gorlice festival gig - one of the best AABZU shows - was released in 2012 on Zoharum entitled "There's No Other God Than Rambo." The band is currently working on their third album, continuing their way to resisting stylistic limitations.