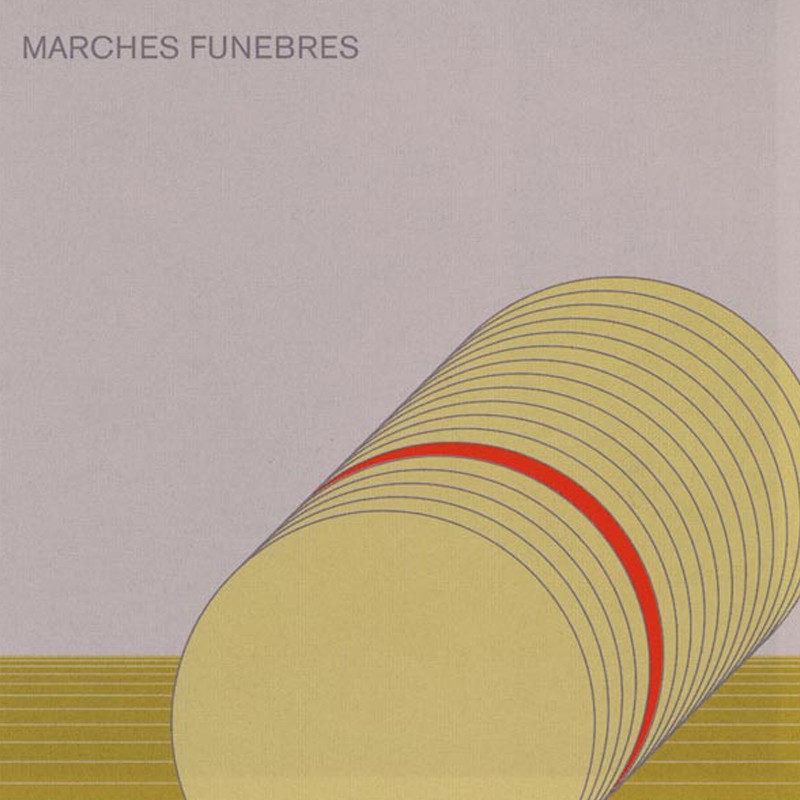 Info producenta:
The central piece on MARCHES FUNEBRES is "Grünschattiger Nachmittag". Work on the composition began as early as 1979. A rough sketch of these first steps utilizing analogue rhythm machine and Minimoog is included as the bonus track on this disc. It became obvious that "Grünschattiger Nachmittag" was impossible to realize on the Fairlight CMI. It took nine years for the equipment at Audiplex Studios to match the technical standards needed for the recording of the orchestral version of the piece as it was originally intended. Aided by my teacher and mentor Okko Bekker and equipped with numerous samplers and a sophisticated music software the piece was finally realized in 1988 after several weeks' hard work. The mockers would have it that I tried to have Django dancing the Bolero. Maybe they were half right. As you know, I am not not a friend of soft entertaining sounds but if it has to be kitsch then do it full-on. Hence even today I am standing in a "greenish afternoon shade", if you know what I mean. "Linea 5" was placed on the original LP to balance out "Grünschattiger Nachmittag". I was hoping to create something equally austere as "Linea 1-4". But, "Linea 5" got out of hand. Carried away by delays and echochambers I lost myself in erratic mountains of sound (complete with sceneries of St. Elmo's Fire and alpenglow) until I was wholly exhausted. For my better I was saved by some good St. Bernhards wearing their bootles of brandy around their necks. Who knows where this journey of belated psychedelia would have ended without them. This time, the mockers' questions remained unanswered. MARCHES FUNEBRES was the second time I tried my hand at something vaguely symphonic; a slippery ground for me. It was preceeded by the "Faircomp"-series and followed by the collaborative LP "E" with Okko Bekker. Then this chapter was closed. "Cobbler, stay at your last!" as they say. Still, for such an LP as MARCHES FUNEBRES to come out shows how the scope of what was possible had broadened by 1989. From now on, at the gate to the decade of the 1990ies, there shone an alternative to the quickly fading legacy of industrial at the horizon. Computers became affordable, CD began replacing vinyl, new ideas generated a musical diversity hitherto unheard of. In 1989 the new beginning was near.