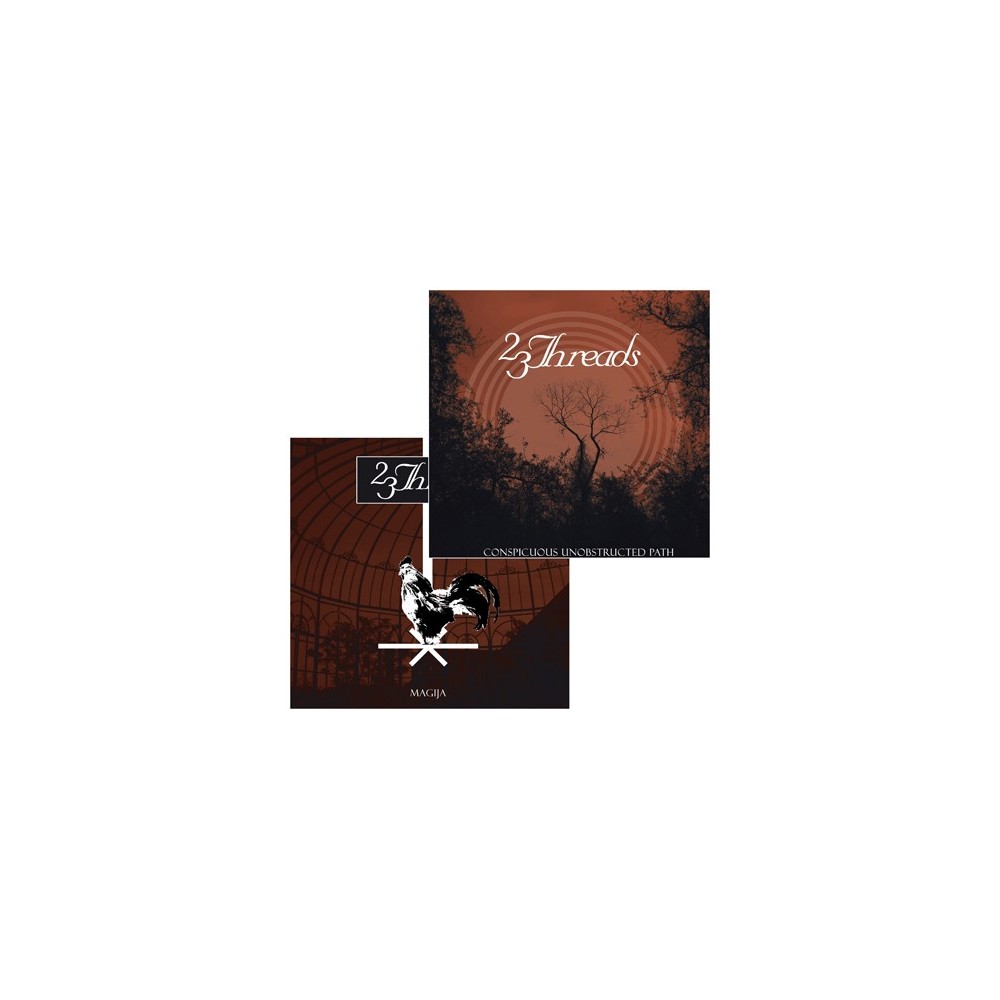 23 Threads returns after their 20-year hiatus (so much time has passed since the recording of their debut album "Magija") with a brand new offering. 10 tracks that make up the new album "Conspicuous Unobstructed Path" were recorded in New York by the band's core which is: Marek Marchoff (Different State), Ingrid Swen, Rafal Janus with a cast of guests. The trio calls their own music macabre folk and the term perfectly reflects the nature of their work, with elements of dark or neofolk, and even krautrock with minor inclusions of industrial noise and pulse.
In contrast to the work of Different State, Marchoff places greater emphasis on the acoustic sounds; illbient textures are left behind in favour of guitars, acoustic sound sources, flutes, djambe and voices. The words play an important role here. "Conspicuous Unobstructed Path" is a story full of metaphors, references to esoteric tradition, incorporated into a story of a woman moving through mysterious forests, where she discovers herself again while on this mystical journey.
This is the thing for fans of sonic esoteria of Current 93 or and ethereal songs of Pearls Before Swine, but also of modern psychedelia represented by the likes of Opal, Stone Breath, Sunburned Hand of the Man or even Wooden Shjips.

The album is released in a 3-panel ecopak in a strictly limited edition of 400 copies. The cover is based on the original by Maciej Mehring. It was mastered by ??ukasz Miernik. The album is sold exclusively with 'Magija' album